Sartre, following Heidegger, claims to have an ontology, a theory about the basic make-up of the world. It contains three elements: being-for-itself, the being of consciousness; being-in-itself, the existence of things; and being-for-others, ones essential relationships with other people. What he ultimately seeks is a theory of the self. He thus distinguishes between "facticity" (facts true of us) and "transcendence" (our need to make choices and interpret the world). Sartre tells us that the desire to be both in-itself and for-itself is the desire to be God and that confusing facticity and transcendence is "bad faith."

Posted by max[µ]metadata.halstrup.net at Tuesday, December 09, 2008 No comments: 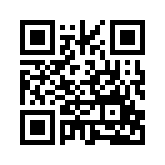